arranged for a multi-ethnic ensemble of over 160 musicians by David Campbell - an amazing arranger/conductor who, to bring this together, had to speak, write and communicate in the 'languages' of rock, classical, R&B, samba, gospel, Swiss, South American, electronic, and Gamelan music!

The concert was recorded on a huge, circular, rotating stage built especially for the occasion at 20th Century Fox movie studios in Hollywood, on newly invented cameras and microphones that were able to record in all directions at once. This allows you to watch the video interactively as if you were in the room, dragging with your mouse to change the perspective you're looking at.  Yeah, I know, it's really amazing.  And it was thrilling to be a part of it!

Below: link to a behind-the-scenes video of rehearsals. 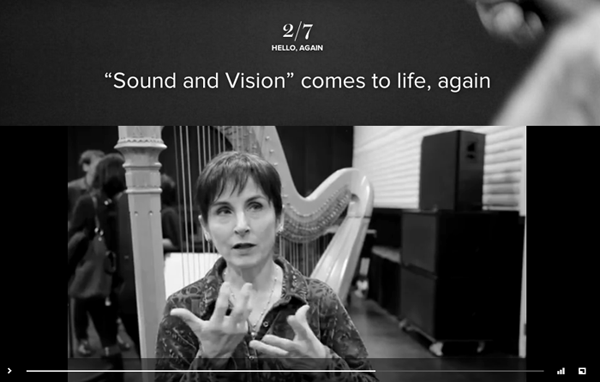 Below: Link to the website to watch the concert in 360 degrees!
Once the video loads up, you can drag your mouse over the screen to 'look around you', and you can watch from the perspective of 1) onstage with Beck, 2) between Beck and the audience, or 3) between the audience and the musicians. Very cool!!
(It supposedly can also track your facial movement if you aim your webcam at your face; I tried that and couldn't get it to work at all. But just looking around by dragging on the screen worked beautifully!)
I recommend selecting the "HD" option. It works much more smoothly than the "SD" (standard definition) option.
It takes a few minutes to load up, so wait till you have time. 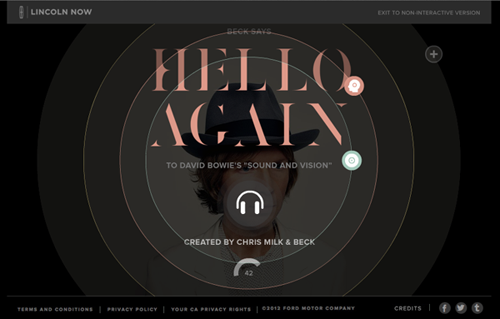 Or if you just want to watch a "linear" video (meaning a normal, non-interactive video of the concert, (which is ALREADY pretty amazing - how could it not be, with Beck and with over 160 musicians surrounding the audience?) - click below. 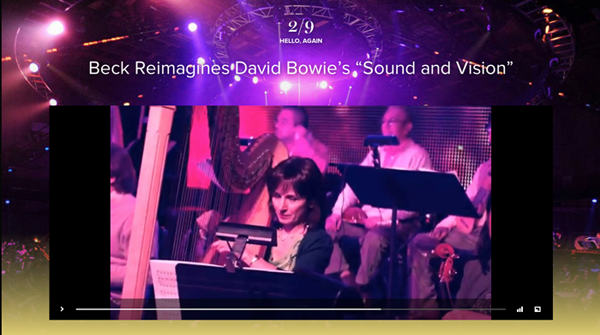 Here's WIRED magazine's writeup about the video and the technology.


back to OTHER NEWS from Harpworld